Stop the presses! The Oklahoma Sooners have finally lost a game and will not go undefeated in 2022. Of course, it had to be archrival Texas that put an end to the Sooners 40-game winning streak with a 4-2 upset victory in Austin, Texas on Saturday April 19. This shocking result was the hot topic in the softball world, but it was just one of many exciting moments featuring our Firecrackers Rico Alumni from across the nation on Easter Weekend. From Connecticut in the Northeast, down to Texas in the Southwest and back out West to California there were streak-stoppers, first homeruns, no-hitters, wins, losses and so much more. Let’s journey around the country and get some quotes and look at some of the stats and accomplishments from the last few weeks. 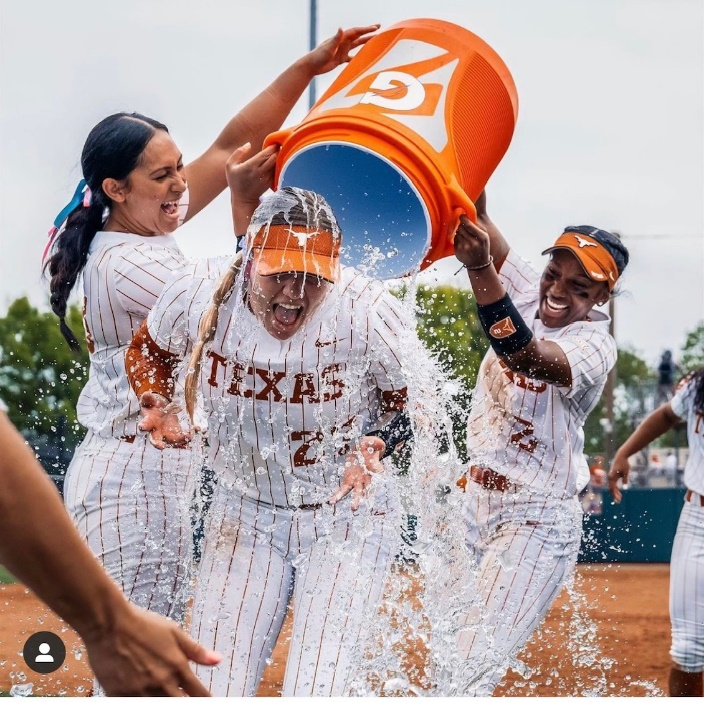 We begin with the game of the week in Austin, Texas with two of our Firecrackers Rico Alumni, seniors Mary Iakopo (2017) of Texas and Grace Lyons (2017) from Oklahoma going head-to-head. The last two BIG XII Players of the Week were front and center in the Longhorns 4-2 upset victory over the previously unbeaten Sooners (38-1, 8-1 in the BIG XII) sending a shockwave through the softball world. Iakopo was 1 for 3 with an RBI in the game helping improve Texas to 31-12-1, and 7-2 in the BIG XII. Grace Lyons was held hitless in the loss but has monster numbers on the season, batting .425 with 17 homeruns, 44 RBI, 48 runs scored in 38 starts. Here is how the game looked from both sides after the dust settled.

Firecrackers Softball: What was the feeling after winning such a big game and handing your rival Oklahoma their first loss?

Firecrackers Softball: What was the feeling after losing for the first time this season and it coming against your rival Texas?

Grace Lyons (Oklahoma): As a competitor I hate to lose so our first loss was disappointing. But it’s not about records, wins or losses. Riding on the outcomes will only give momentary emotion, so I choose to look at the small wins within, and the aspects I can grow from.

Firecrackers Softball: Moving forward how do you think the team will respond to the win heading into the final weeks of the season?

Mary Iakopo (Texas): We will treat every game going forward as we did our last game. Playing it as we should rather than who our specific opponent is.

Firecrackers Softball: Moving forward how do you think the team will respond to the loss?

Grace Lyons (Oklahoma): I know that this loss fuels us a team to get better. No matter the outcome our team looks at the process and how we can each get better win or lose. I am excited to see our response to this and how our mindset remains locked in on the end goal. 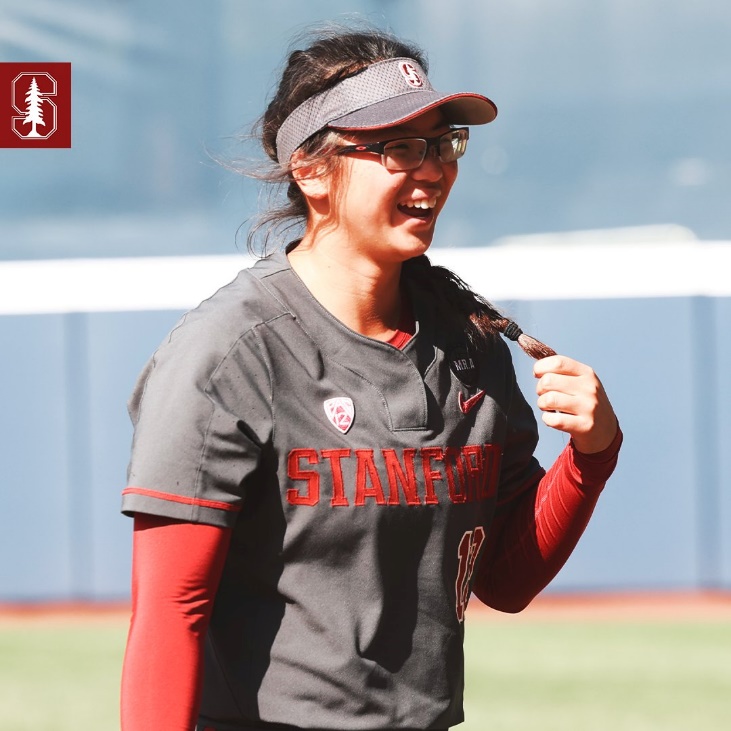 Up in Palo Alto, California freshman Kylie Chung (2021) and Stanford are starting to make some noise in the Pac-12 Conference. The Cardinal are 27-12 overall, 6-6 in the Pac-12 and sport two impressive home wins over first place UCLA last weekend which put an end to the Bruins 25-game unbeaten streak. Chung has seen limited action in both the circle and at the plate but has made the most of her opportunities when presented. Against rival Cal on April 16 Kylie hit a pinch hit two-run homerun during a 5-1 win on the road at Berkley. For the season Chung is 2 for 2 offensively and has a 1-0 record in 8.1 innings pitched with a 1.68 ERA and nine strikeouts. It may be a small sample size, but Kylie has proven she is up for the challenge in the always tough Pac-12 Conference.

Firecrackers Softball: What did it feel like to hit your first collegiate homerun and what was your thought process at the plate in a tight one-run ballgame?

Kylie Chung: It was pretty awesome, and it came against our rival which was also pretty sweet. I really didn’t know if was over the fence until I touched second base. It was also the first time our team was allowed celebrate at the plate so just coming home and seeing my whole team was just so surreal. When my name was called to pinch hit, I knew the pitcher had been mowing our hitters down with a pretty good rise ball and based on watching film, and our scouting report her pitches were on the plate. Basically, my plan going up the plate was just to swing over the ball since a lot of our team were swinging under it. I wasn’t really thinking about the score of the game or any previous games or anything like that. I just told myself to see a strike and hit it.

Firecrackers Softball: You are listed on the Stanford roster as a utility player. Do you see yourself more as a pitcher or a hitter?

Kylie Chung: I am listed as utility, and I see myself as just filling the role that the team needs from me. I play the field too, so I am throwing bullpen, hitting in offensive rotations, and taking ground balls at multiple positions in practice. I feel like I have a lot in my toolbox and there is no aspect that’s more important than another, but more like what is needed in a situation.

Firecrackers Softball: Is Stanford everything you expected academically and is as difficult as advertised?

K ylie Chung: Honestly, I knew Stanford was academically rigorous, but for some reason I didn’t expect it to be hard. Something I have learned is to expect everything to be hard and then when it is hard, I am ready for it. I think that yes school is tough and challenging but it is the time management part that is probably the toughest with school, softball, meetings and trying to squeeze in meals, sleep and social aspects. It is still college, right? The resources they have here are amazing and the athletic community as a whole is supportive. Yeah, of course it’s hard but there are so many athletes here who are the best in the world at what they do, including multiple Olympians and National Champions and here they are sitting there struggling in math with me. So yeah, I would say it is hard but there are a lot of people here who make it a lot easier.

In Columbia, South Carolina Emma Sellers (2021) is having a solid freshman season for the University of South Carolina Gamecocks. The freshman shortstop from Los Alamitos High School has started in all 44 games for South Carolina (23-21, 2-13 SEC) in 2022, posting a .259 batting average with one homerun, 13 RBI, 22 runs scored, 12 walks and six stolen bases in the extremely competitive Southeastern Conference. Sellers jacked her first collegiate homerun against East Tennessee State on April 9th during a 6-2 non-conference win over the visiting Buccaneers. But it is at shortstop on the defensive side of the ball where Emma has stood out this spring for South Carolina. In 162 chances she has 76 putouts and 75 assists and a fielding percentage of .932.

Firecrackers Softball: Describe your first homerun and what were your feelings as you rounded the bases?

Emma Sellers: Right before I went into that at-bat one of my coaches told me to clear my mind, so that’s exactly what I did. I went in there expecting that inside pitch and I got exactly what I wanted. It felt good immediately off my bat and I knew it had the potential to go out. I remember when I hit first base, I looked up and realized it was going over the wall. That was probably the second best feeling right below when I finally made my way to home and running through the tunnel of my teammates.

Firecrackers Softball: When and where were you when you had that realization that you are a starting shortstop in the SEC?

Emma Sellers: The first time I had that realization was running onto the field for the first inning of our series against Georgia. That was our first SEC series, so there was a lot of energy and excitement everywhere. It has been and will continue to take a lot of hard work, but I love being able to stand behind my pitchers and back them up on the infield.