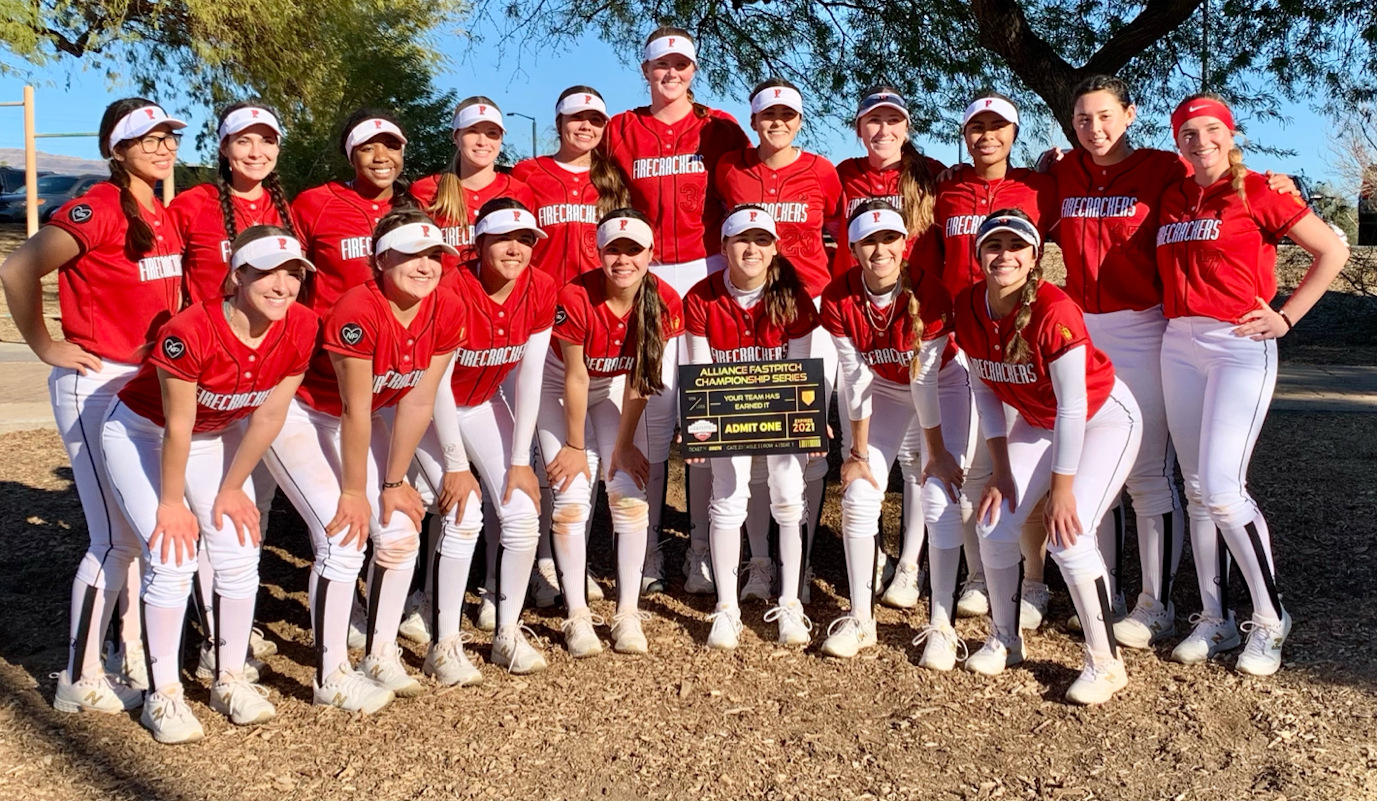 This past weekend saw Firecrackers Rico compete in the Pacific Coast Fastpitch Championship in Lake Havasu, AZ. The team went there with the goal of obtaining a berth to the Alliance National Championship. Firecrackers came out firing on all cylinders, winning their first game in convincing fashion, beating ADC Athletics 13-0. With that win, the team moved into the second round, one game closer to their goal. They would face a very tough Batbusters Bennett team. This game would be scoreless until the final inning. The Firecrackers were able to push three runs across in the top half of the inning, then held the Batbusters to 1 run in the bottom half of the inning,  securing their second victory of the tournament.

The third, and final game of the night would have them face off against another tough opponent in Batbusters Lara/Portesi. The Firecrackers were able to jump out to a 1-0 lead in the top half of the first inning. The game would be tight until the later innings where the team secured a 4-0 lead and then held onto to it by way of some great pitching and amazing defense. With that win, the team moved on to Saturday and chance to secure a Tier 1 berth.

Congratulations ladies on punching your ticket to OKC!