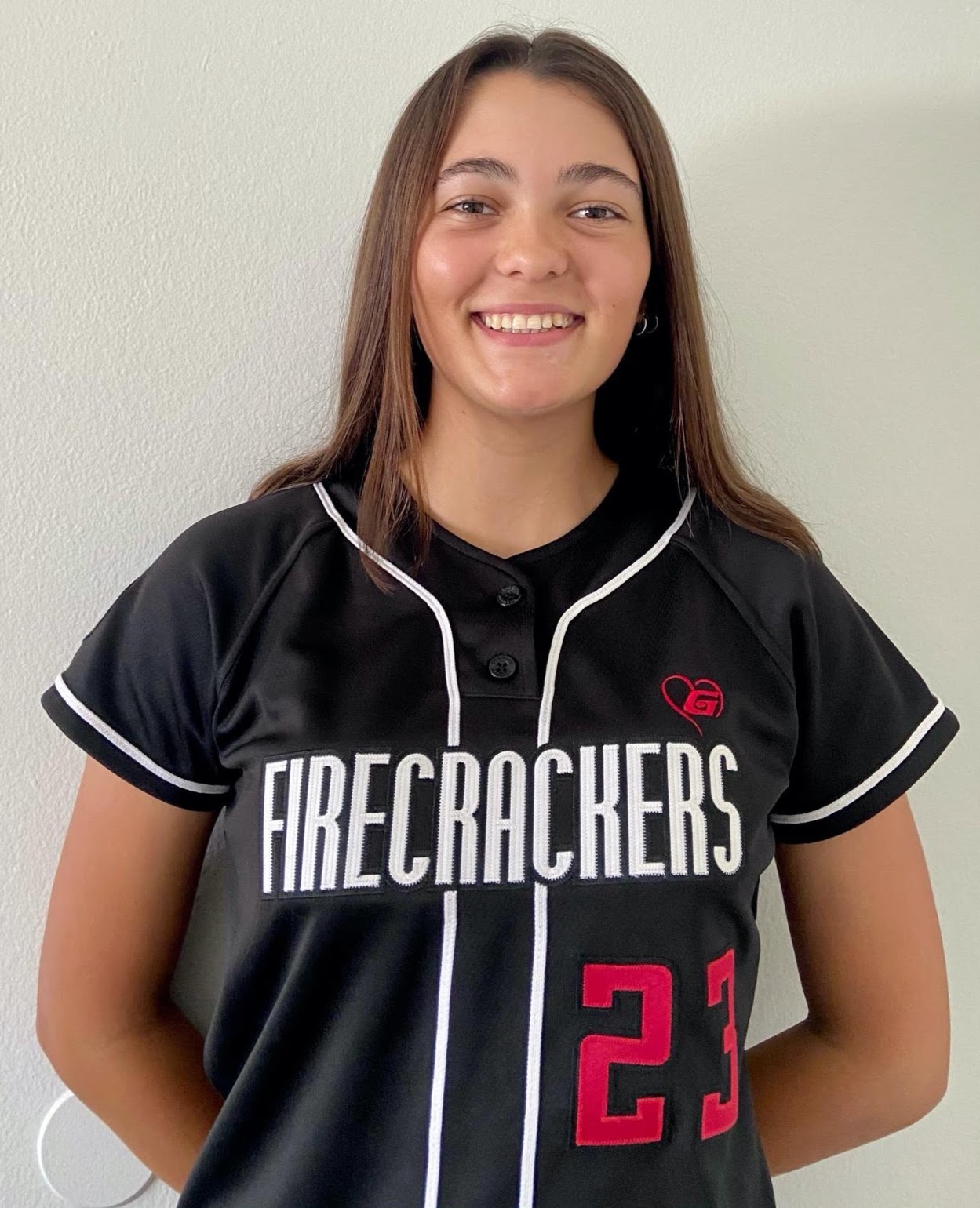 Hi my name is Giselle Alvarez and I am currently a sophomore at Los Alamitos, CA. I play the corners and shortstop. I began my softball career at the age of four. I instantly fell in love with the game and have been playing ever since. This will be my fifth year of travel ball and this  will be my first year with the Firecrackers Rico/Weil team. I previously played for Batbusters 16u Shockey/Whieldon.

My freshman year I was a starter for the Los Alamitos High School varsity team. We were the champions of the 2020 Dave Kops Tournament of Champions in Bullhead City. We finished the shortened season as the #1 team in the CIF-SS Division 1 Poll and #2 in the MaxPreps National rankings. I finished the 2020 season with 4 home runs and 10 RBI’s in 10 games.