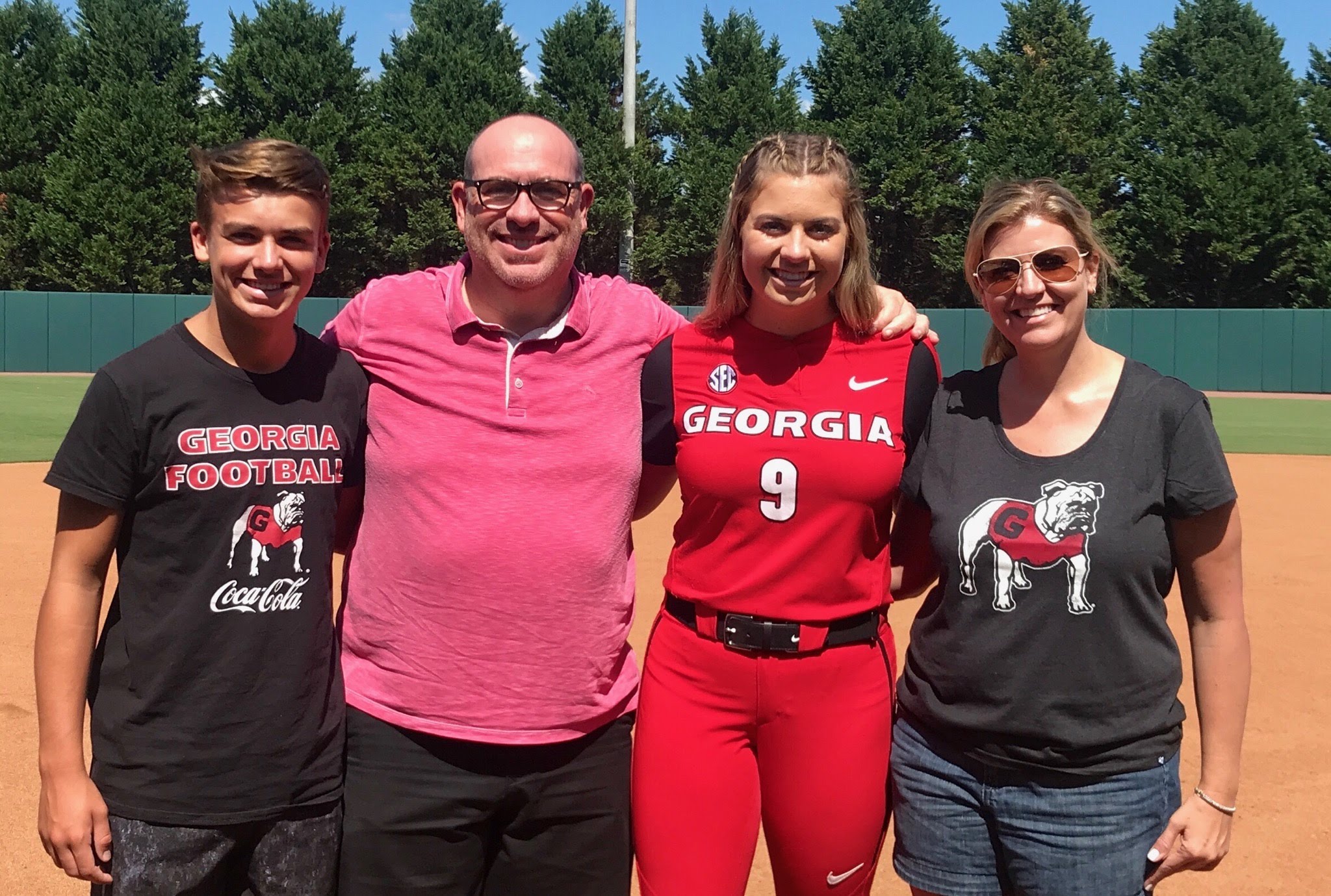 I have been dreading writing this article, but now must come face-to-face with the reality that change is inevitable and our seniors are moving on. We completed our final travel ball tournament a few weeks ago in Oklahoma City. While I wish I could be writing about a PGF Championship or a season ending victory that will stand the test of time, fate was not with us in Oklahoma. But, as a father—a sit-on-the-softball-bucket-for-hours-catching-his-daughter father—I got to watch my daughter finish her travel softball career owning the circle, with the ball in her hand, and ending with a strikeout. And for that I am forever grateful to Tony Rico, Rob Weil, Holly Hernandez and the entire Firecracker family.

There is so much that went into that last inning, the final inning of her travel softball career, that defines our overall softball experience for the past 11 years. Softball is an amazing sport. Its growth and transformation into a top athletic endeavor for young women is testament to the hard work and commitment of our recreation leagues getting girls interested in the sport, travel organizations developing them into elite athletes, and college coaches transforming the sport into a television experience that is changing the landscape for women’s athletics as a spectator sport. 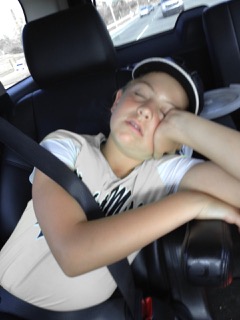 As I previously indicated, I was never supposed to be a softball dad, but fate brought me to this sport when my daughter was seven years old and I was asked to round up some girls to help fill a team for the local softball league. The decision to get involved so many years ago has given me life-long friends, opportunities to spend meaningful time with my daughter as she navigates success and failure, and finally the chance to watch her transformation from a cute 8u crazy-sock-wearing player to a confident and determined young woman whose face still lights up when she perfects a new pitch or hits her goal speed on the radar gun. Throughout the years, she has called me after every workout/lesson and every practice as she gets in her car to come home. I never asked her to do this or check in, but she always did and I loved it (even though she always said the same thing: How did you do? “Good.” How was practice? “Good.” Was it fun? “Yes.”)

Early in our softball journey, during a tournament, our daughter’s coaches had the team’s four pitchers throw a bullpen side-by-side pre-game to determine who would get the start. My daughter emerged from that bullpen in tears. She was paired with the team’s starting catcher who was not really invested in the exercise. In her emotional state, my daughter emphasized, “She doesn’t care. She has her spot and is not interested in helping me win mine.” We listened but then also talked to our daughter about what it means to be on a team, about how she could learn from what happened, and about how she could make sure she never made one of her teammates feel the way she did leaving that bullpen. We are blessed to say that our daughter has since had the opportunity to pitch to some of the most elite catchers in the country, and although their styles are all different, one thing that makes them exceptional is that they all made her a better player (or at least look like a better player). Most importantly, she learned to thank and celebrate her teammates even more–like the third base player who lays out and snags that smoked line drive, the outfielder who makes the diving catch, and yes, the catcher who eliminates a walk by throwing the runner out stealing. These plays do not show up in the stat sheet, but they are maybe more important because they are felt by the team.

My daughter also learned to use her voice and the power of uplifting others. I love, love, love that my now 18-year old soon-to-be college player cheered louder and more passionately with each passing season. While I don’t video her cheering or make recruiting highlights out of her engagement in the game, she has an impact in the dugout along with all of her other teammates who have never been “too cool” to celebrate and encourage each other with passion and devotion. In softball, you are happy for your teammates when they make an amazing play, and cheer even louder when they maybe didn’t make the play but need to know you have their backs.

Finally, softball teaches you not to let things outside the circle impact you while on the dirt. There were times through the years, as there are in every life, that we were going through hard times as a family, teen drama was at a fever pitch, or the day was just not a good one. It was probably those times that I was most proud to see my daughter walk confidently onto the field and put forth a strong effort. Distractions in life are a reality. Having the life skills to focus and execute your priorities is important and something that softball teaches all players.

This week my daughter, like so many others, will take her next step of life experience—her first year of college across the country. It would be disingenuous to pretend that I won’t selfishly miss the time driving her to tournaments and seeing her fast asleep on the drive home following a long day at the fields. In fact, a couple weeks ago, on our final drive home from our last tournament in California, I did sneak a photo of her unconscious next to me in the car and had to smile at how much things have changed, but also at how much they have stayed the same.

So yes, this part of our softball life is coming to an end. We are forever grateful for this Firecracker experience and the amazing opportunities we have been given in this sport. There are so many people to thank. Tony Rico believed in her as a player and us as a family and made our daughter a better person beyond softball. Tony saw potential and helped our daughter find it within herself while giving her the tools to go forward and achieve in softball and life. 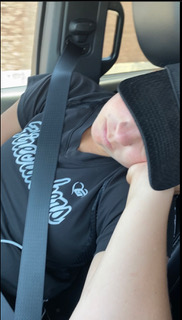 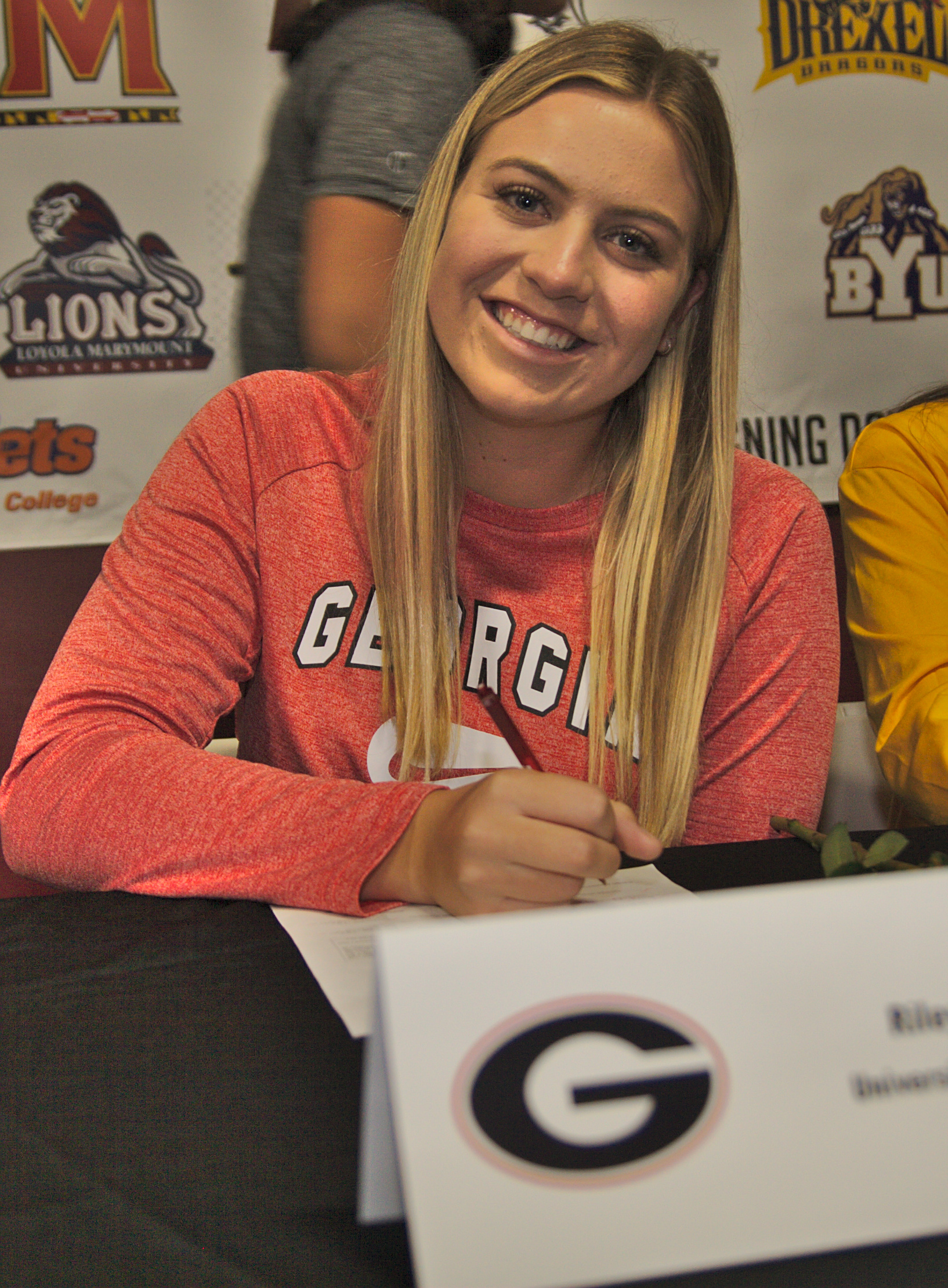 Rob Weil is a great softball coach for our kid because, while he demands and expects perfection and execution, his love, humor and caring were evident. Our daughter always left the field with a smile (and a new joke). Robyn Ferris made sure we never wanted for gear and was quick to screen potential boyfriends during drives to tournaments. Most importantly, as a pitcher’s dad, I need to thank the Firecracker pitching coaches (yes, Holly, that’s you) who kept our kid on track and inspired to practice.

So while this chapter is ending, I pray I still get phone calls after particularly good or bad college practices and that Riley knows I am watching her from across the country on whatever live stream or TV feed I can get my hands on and, if there is none, I hope she knows I am home thinking of her in the circle, cheering in the dugout, or sleeping away on the bus on her way home from games.